Words From The Beauty Professionals 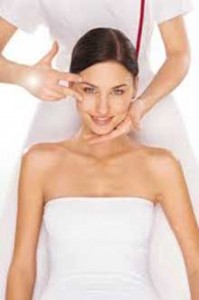 It’s the day after the Oscars, and already hair and makeup artists are being booked for the following year.

“I feel like there’s more hysteria now, and I think it comes with the hype of all the other ceremonies,” said Los Angeles hair stylist Anne Morgan, referring to the Golden Globes and the Screen Actors’ Guild Awards. “All of a sudden you have to top them and be bigger and better. And there’s so much more scrutiny, and everyone’s just ready to shred.”

“Everybody is poised with a poison pen as you go down the red carpet, and I find there’s a lot of narrow-mindedness about what people do,” added veteran makeup artist Jeanine Lobell, founder of Stila Cosmetics, who did Cate Blanchett’s makeup this year. “It’s like, why is your opinion so important? How about, she looks the way she wants to look, and she likes it? It must be hard to have that much potential negativity coming right at you the next day — it’s a test of mental health.”

Hollywood hair honcho Sally Hershberger agreed the stakes are high — but then, they always have been. “That’s the part I don’t love,” said Hershberger, who prepared nominee Cate Blanchett last year and Nicole Kidman and Meg Ryan in past years. “You’re designing a hairstyle that has to look good for at least six hours of awards and after-parties, and you have to have it ready several hours before. You can’t do a tight hairstyle on everyone, yet you have to have something that holds its style. And everyone watches and critiques your hair.”

In fact, Hershberger almost almost opted out of the awards this year — “I thought I’d take the day off,” she quipped — but when Jane Fonda asked her to design a new look, she signed on. Last week, she met in New York with Fonda and Vera Wang, who designed Fonda’s dress, to nail down details.

Yet despite all the preparation that goes into the big night, Hershberger doesn’t think that Oscar hair is reproduced by the general public. “I didn’t see a huge number of last year’s looks copied,” she said. “I think that movies and magazine covers have much more of an influence on hair than the Oscars or the runway shows do. The average person does not look like Angelina Jolie, who can wear anything.”

French salon owner and hair stylist Frederic Fekkai thinks the Oscars inspire women to look their best, but agrees that doesn’t necessarily mean an exact replica of a red carpet coif. “When an actress has a great look at the Oscars, I think it sends a woman to the salon to get her own hair done or to a store to buy a beautiful dress,” said Fekkai, who prepared Catherine Deneuve’s tresses this year. “But I don’t think it’s about one particular look. I think it’s about being inspired by the idea of looking your best. People see the nominees looking incredible, and they fantasize.”

Fekkai prefers to keep his stars out of the fantasy world. “I give them the same advice that I give to brides,” he said. “Work with your hair, not against it. Don’t go for something that is too elaborate — this is not the night to choose a completely new look, because it’s often not well received anyway and you’ll be too self-conscious. Go with what you know works.”

While hair looks may not be imitated, however, makeup often is. Paula Dorf, who did Janet McTeer’s makeup, noted, “It has a great impact on trends. Everybody wants to know what a celebrity is wearing and what she’ll look like — people do copy the looks.”

And many beauty pros keep it to one or two attendees a year. “I learned that the year I was running from Santa Monica to Bel Air, doing both Barbara Hershey and Emma Thompson along the way,” said Fekkai. “When you’re getting someone ready for one of the most important nights of the year, you don’t need to worry about traffic jams.”

“I’ve done three before, but I prefer to do one,” said Lobell. “It’s too nerve-wracking to go from one place to another. It’s not worth it. I like to do one; I have more fun.”

Barrett, who flew to Los Angeles with eight assistants, usually tries to schedule two to three planning sessions before the big night. Of course, that’s in an ideal world — he met with Morton for the first time Friday, although they had spoken on the phone several times beforehand. “I had a good idea of what Samantha was wearing and several ideas to discuss with her,” he said. “It’s great if you’re lucky enough to know the person that you’ll be working with, but that doesn’t always happen. As long as you make up a specific action plan beforehand, you’re fine.”

Oscar night is all about being realistic about the limitations of one’s hair, according to Barrett. “You put someone in the car to go to the Oscars at 3:30 pm, and they’ll still be photographed at 1 a.m.,” he said. “Your hair has to be photo-ready for nine hours straight or more. If someone has super-curly hair, I wouldn’t necessarily do a superstraight blowout. It’s about making the hair beautiful, but also about keeping it simple and working with, and not against, the hair’s natural tendencies.”

As for trends, most of the stylists agreed that looks are more sophisticated and feminine this year — meaning less ironed hair and more curls, waves and updos. “I feel like there’s a return to a more pulled-together effect,” said Morgan. “The hair goes with the makeup that goes with the clothes. It’s almost an elegant return to femininity.”

But not everyone has multiple advance meetings. “You meet with them zero times — it’s on the day,” said Lobell. “Most makeup people don’t meet with people — and I usually do people who know me or have done before. I come prepared for anything.”

As in past years, a number of clean, classic, pretty makeup looks headed into the Shrine Auditorium this year. “A lot of people think that evening means heavy makeup, but they see cleaner looks going down the red carpet,” said makeup pro Lucienne Zammit, who did Anne Heche and Ellen de Generes’s makeup this year and who has worked on Geena Davis, Jodie Foster and Winona Ryder for past ceremonies. “I think people are accepting the fact that just because it’s evening doesn’t mean that you have to look like Elvira.”

“The groovy, funky thing just doesn’t play well on that red carpet with all that lighting,” Zammit added. “The more classic and pretty [the attendees] look, the more likely they are to stay that way. Everyone loves that shiny look, but that works really well in stills when there’s a makeup artist who’s five feet away. I love a red mouth, or a bright peach or coral. I think it wears the best.”

Makeup artist Scott Barnes, who worked his magic on Julianne Moore and Toni Collette, devised a classic look for Moore. But for Collette — who isn’t a household name — his aim was to make people remember her. “Toni and I had this discussion that a lot of America doesn’t know who she is,” he said. “This was the first time a lot of them met her. It was kind of like her coming-out party.”

There’s another reason for the classic focus: “There is so much press — the pictures stick around forever and you really don’t want to make a mistake,” said Jillian Fink-Dempsey, founder and owner of Delux, who did Chloe Sevigny’s makeup. In the past, she’s worked on Drew Barrymore and Minnie Driver for Oscar night. “I don’t think it’s a day to try out a new trend or new makeup.”

And how do Oscar-nominated makeup artists prepare themselves for the Academy Awards?

Michele Burke, makeup artist for Austin Powers’ “The Spy Who Shagged Me,” said she aimed to reflect the spirit of the new millennium. She did smoky eyes and pearly lips for the ceremony, which complemented her black skirt and sheer organza blouse.

While you might expect the nominees to be nervous, at least one artist — Scott Barnes — admitted to feeling a few butterflies. “This is my first Oscar season,” he said. “I’m totally nervous and scared and excited.”