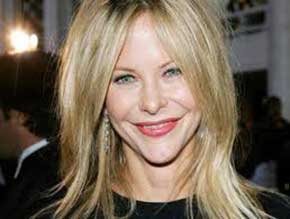 YES, THEY HAVE GREAT BONES AND GLOWING SKIN. AND YES, they’re blessed with the sort of casual beauty that we all covet. Meg Ryan no doubt looks dewy after a sleepless night, and Candice Bergen could bring class to sweatpants. But the women who embody authentic beauty aren’t just pretty faces. What makes them truly modern is their attitude: Spirited and secure, they let their looks speak for themselves. Unlike the beauties of other eras, they never try too hard, because wowing people isn’t the point: In the new millennium, success means finding your own rhythm, instead of just pumping up the volume. “These are all strong women with strong inner selves–they’re not at all the norms for movie stars,” says Los Angeles wardrobe stylist Phillip Bloch, who has often worked with Ryan. “They have their priorities in place–they’re all family-oriented.” For Ryan, fashion isn’t a matter of life and death. “The eighties really bummed me out because everybody was trying to follow some designer’s look,” she said recently. “Now people are just being as much themselves as they can possibly be.” Perfection, it seems, is no longer the goal; when you’re comfortable in your own skin, you can live with a bad-hair day or postpartum flab. The new beauty isn’t afraid to let a makeup artist turn her into a frump; though she likes the playfulness of going glam, she won’t bend herself out of shape just to turn heads. As Halle Berry has put it, “I wear what makes me feel good.” The women we admire now are also brave enough to look their age. Good-bye to mutton dressed as lamb; women like Andie MacDowell, 41, cherish their hard-won wisdom and celebrate what’s great about their own looks–and their evolving lives. In Hollywood-where too much has never been enough–the idea of looking like your own, true self seems almost radical. Witness high-maintenance screen queens like Janet Leigh and Elizabeth Taylor or sex kittens like Jane Fonda. All the more reason, then, to welcome true-to-yourself beauty. Just look at Jamie Lee Curtis (Leigh’s daughter), Bridget Fonda (Jane’s niece), or, say, Winona Ryder: It’s hard to imagine them believing that you’ve got to suffer to be beautiful. Candice Bergen doesn’t. She grew up in Beverly Hills, but she never bought into the glitz. Over the years, her cool-but-not-chilly look has reflected the times without descending into trendiness. For MacDowell, having a sense of self is the key to deep-down beauty. Unlike others over 40, she believes she’s just entering her prime: Not long ago, she declared that she feels “sexier” as a mature woman than she did as a nymph. Berry’s beauty secret, it seems, is peace of mind. “She’s so sweet–everyone just walks away melted,” says Bloch, who works with her frequently. “Spiritually, she’s learned to make the best of everything, and that’s what gives her such a glow.” Make the best of everything; come to think of it, it’s a good mantra for any woman who wants to look great right now.

THE DAY MEG RYAN LOPPED OFF her long blond locks, fashion was the furthest thing from her mind. Fed up with the high-maintenance mane she sported in such hit films as Sleepless in Seattle and When Harry Met Sally, Ryan marched into her hairstylist’s salon with a simple directive: “Cut it all off.”

“Everyone thought Meg cut her hair as a calculated decision to reinvent her looks, to create a new image,” says a stylist who has worked with her. “In fact, her long hair was getting in the way while she was playing with her little boy.” Mom’s tresses, it seems, were often a target for the tugging hands of little Jack Quaid, Ryan’s now-7-year-old son with actor-husband Dennis Quaid. “Also, it just took too much time to make her hair look right,” adds the stylist, “time she’d rather spend playing with Jack.”

Ryan’s no-fuss, natural look extends to her wardrobe. She favors casual clothing from J. Crew and Banana Republic over designer labels and feels most comfortable in khakis and cotton T-shirts. Even when she goes out on the town, Ryan sticks to sleek, stark designs and refrains from big, glittery jewels or over-styled hair. “She knows instantly what she likes and doesn’t like, and she doesn’t waver,” says Albert Wolsky, the costume designer for You’ve Got Mail.

As her husband has said, “Meg puts her personal stamp on everything.” Ryan, in fact, personally selects much of Quaid’s wardrobe. But their son has his own sense of style. At a recent play date, Jack arrived wearing a four-dollar cowboy hat from a thrift store, wildly printed shorts, a Batman shirt, a Rugrats backpack, and hiking boots, and toting a little toy trombone. Ryan accepts that her son is in what she has termed “an eccentric mode” right now.

As often as possible, Meg, Dennis, and Jack head to their sprawling 200-acre spread in Montana. There, the day revolves around water-gun fights, hiking, reading, and cooking. Ryan’s love of simple pleasures applies to her diet, which has always been based on common sense rather than counting calories. Dinner usually consists of grilled fish and vegetables, followed by fresh fruit (though Ryan is a self-professed “dessert person” and loves to bake). Ryan’s insistence that Jack always eat a balanced meal led the boy to invent a joke poking fun at his mother’s nutritional demands: “A man goes to see his doctor. He has spaghetti on his shoes, eggs on his head, and ice cream on his belly. And the doctor says to the man, `Well, I can tell by looking at you that you’re just not eating right.'”

Ryan tells the joke often to friends, who say she is at her most luminous when she’s recounting Dennis and Jack’s latest antics. “Meg loves to talk about her family,” says Nora Ephron, the writer and director of several of Ryan’s most successful films, including You’ve Got Mail. “One of the things I find interesting in the way she talks about Jack and Dennis is her sense of astonishment at what both of them are up to. Her face just lights up. They are her truest sources of happiness.”

Ryan’s commitment to children extends beyond her own offspring. She recently appeared in a commercial for the I Am Your Child Foundation, which promotes public awareness of the importance of the first three years of life. In the ad, Ryan appears radiant, and completely at ease, beside several rambunctious babies. “She was a natural,” reports Ellen Gilbert, head of the foundation. “The babies fell in love with her, just like everyone else does.”

But friends and colleagues agree that the sunny, upbeat image Ryan projects on screen doesn’t tell the whole story of who she is. “As far as that persona from When Harry Met Sally or Sleepless in Seattle, Meg is not like that at all,” says Wolsky. “If anything, she is much more reserved, much more withdrawn. Perky is not a word I’d use to describe her. There is a private and, I think, more somber aspect to Meg.” Greg Kinnear, Ryan’s costar in Mail, concurs: “There is such complexity beneath Meg’s surface. She is a far more intricately wired personality than you might think.”

Happily, Ryan gets to display both her comedic and dramatic abilities in her latest film, Hanging Up. Ryan plays Eve, one of three sisters who must band together when their cantankerous father, Walter Matthau, descends into senility. A sophisticated professional party planner, Ryan’s Eve must make amends with an older sister played by Diane Keaton, who also directed the film, as well as a New Agey sibling played by Friends star Lisa Kudrow. The film allows Ryan to do not only frantic screwball comedy but also intense, emotional drama. (Even during the darkest scenes, however, the mood on the set was light. During one of Ryan’s tearful close-ups, as all three actresses sobbed for the camera, Keaton rested her head on Ryan’s shoulder and whispered, “Meg, are you done acting yet? Can I cut?”)

Ryan’s serious side has led her to explore creative outlets beyond acting. Four years ago, she started her own production company, Prufrock Pictures. The company’s name hints at Ryan’s more thoughtful side: It was taken from her favorite poem, “The Love Song of J. Alfred Prufrock,” by T.S. Eliot. One project close to Ryan’s heart, which she has been battling to finance and star in, is a biography of Sylvia Plath. Ryan herself wants to tackle the role of Plath, the famed poet who committed suicide in 1963.

A journalism major in college, Ryan has also contributed to the screenplays of the movies she’s starred in. “She’s very. inventive,” says Ephron. “If a script is missing some piece of the character, she not only lets you know, but she also has an idea of what to add. On Mail, she actually e-mailed me a couple of things that went right into the script. She has many talents that not everyone gets to see.”

Despite the flurry of personal and professional activity, Ryan manages to set aside a quiet time for herself each day, when she meditates or chants. “I needed something to shut my mind up,” she has said of her daily ritual. After running proved too hard on her hips, Ryan took up yoga, which keeps her in shape and also helps her stay calm and centered: “You suddenly feel what peace of mind might be like. You get this float afterward that is so incredible.” She even got her husband into the act, though she confesses that watching Quaid straggle to achieve a particularly complex pose can send her into a fit of giggles: “When I look over at him, it’s like he’s on the football field. He’s sweating and grunting and really funny.”

Though her family does a lot together, Ryan, like so many women her age, is still prone to feelings of guilt. “Being a working mom means you’re always disappointing someone,” she’s said. Yet so far, Ryan has resisted hiring a full-time nanny for Jack. Whenever possible she picks him up from school in Los Angeles, and Quaid coaches Jack’s soccer team.

“She has this wonderful life now where she and Dennis really seem to have discovered how to keep the relationship ticking,” says Kinnear. “Meg is truly beautiful, but I think what makes her that way is the glow she gets from having a happy home, happy family, happy career. It doesn’t come in a bottle. It comes from being content with who you are.”